Reasons why XML is a Versatile Data Entry Language

In the world today, various professions need some expertise with computers and technology. XML is used in organizations for different reasons. An understanding of XML and the use of XML files helps one maneuver in a technologically advanced workplace. In this article, we’ll give a breakdown of what XML files are, their common uses, and advantages.

Data management, in a way that generates useful information for businesses, has become vital. It is critical to ensure high-quality data conversion processes. This is necessary for the transformation of information into different forms for numerous purposes.

Hundreds of document formats have been created using XML (Extensible Markup Language). There These document formats include XHTML, RSS, SOAP, and Atom. XML (Extensible Markup Language) is neither the only nor the earliest language for markup. However, due to the full range of features that make XML a versatile language, it has a wide range of applications. Below are some of the reasons:

XML is called extensible because it lets users define their display, occurrence order, and custom tags. The user can identify a new element or personalize it as per their specific needs. While in HTML, the tag semantics and tags are fixed. Therefore, XML is a metalanguage for markup languages. It provides structural definitions between tags and a facility to define them.

One can store data can in separate XML files when using Extensible Markup Language (XML). This basically separates content from CSS/HTML used for layout and display. The ability to control presentation and style of material through the XSL style sheet allows modification of the look of a web page or document possible. You can modify the look of the web page or document without interfering with the material’s content.

XML (Extensible Markup Language) makes it possible to store data in separate XML files simultaneously. It also makes it easy to modify the content of a document. One needs to carry out substantial work every time data changes so as to display dynamic data in HTML. At the same time, XML makes it possible to modify data without the need to change the display HTML code.

HTML is designed to process and display documents in web data accurately. At the same time, XML allows one to process data or materials in different contexts cost-effectively and straightforwardly. With the contents of data placed in separate XML files, it is simple to perform other tasks such as the transfer of webpage to diverse languages (which is essential for the globalization of applications). Upgrading and migration of data to multiple systems are made more accessible because of XML stores data in text format. Also, XML saves cost and data conversion time as the same data is re-usable in a new system. Loss of data due to incompatibility issues is also reduced using XML.

XML is developed and maintained by W3C and is also an international standard. Thus, it is open-standard and does not belong to any company in particular (it is vendor-neutral). XML has been adopted by many industries, and all major software industry vendors apply its use. The vendors include Microsoft, SAP, Sun, Software AG, Netscape, IBM, etc.

XML processes data in formats readable by a machine. XML contains features that enable intelligent and efficient data mining and also improving search efficiency. These features include different structures of an XML document that allows elements by comparing materials and element aggregation, the tags and element structure provide context information, and an XML tag that may have multiple attributes such as author or version.

XML provides access to data from XML data sources as well as HTML pages. This makes accessibility to data and various applications running on different platforms better. The platforms include news feed, devices used by individual people like the blind and handheld computers.

XML (Extensible Markup Language) permits documents to contain any possible type of data. They can contain active components like Java applets or ActiveX or multimedia data like sounds, videos, and images. XML also allows one to map existing data structures to files.

The versatility or flexibility of XML (Extensible Markup Language) is not limited to the features listed above. Other features such as the facility of developing new languages and simplification of transporting data contribute to its power. The features listed above secularize and distinguish XML over another like HTML. They also accentuate the reasons behind its full application. Working with an experienced and prominent XML conversion service provider is of great advantage to an organization. Organizations should take advantage of the versatility of this format to a considerable extent. 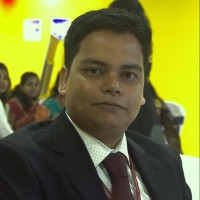